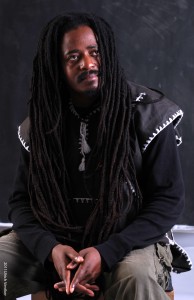 Yah Meek biography
Yah Meek was born in 1971, in the robins bay area of St Mary, situated on the north east coast of Jamaica. People recognised from an early age that he was blessed with a God given talent. As a small child he loved to sing and this led him to join his school choir where he performed at various events around his home town. He joined various talent shows and won first place, thus laying the foundation stone for his career.
In the early 1990’s he worked alongside one of the leading roots artists “Jah Mali”. In
1994 Yah meek visited Germany for the first time. His performance was with Marlon
B. He later worked with various artists from the Frankfurt dub and dancehall scene
such as tricky cris and the ragamuffin sound system.
In 1997 his first single “the riddim” (Global Youth feat. Jah Meek) was released on
Sony music. The video ran on VIVA and MTV and also made the top ten radio chart. In
the same year Electrolux Records released two songs by Yah meek “Open Your Mind”
and “Each One Teach One”.
Afterwards, Yah Meek toured throughout Germany together with Serious Dropout, a
dub band from Frankfurt. In 1999 the Jamaican born artist became a member of the
band called “Movements”. The band performed at large European festivals such as
Summer Jam, Chiemsee Reggae Summer, Sunsplash Wiesen and Rock am Ring.
When Yah Meek visited Germany for the second time, he continued working on
building his career. Together with the band “Banned X” he collaborated with artists
such as Gabriel la Mar, Mark Jefferies and George Din. From this collaboration the album titled “Songs and Trax” was released on the Multicolour Records label. Yah Meek
also worked with the likes of Sekou from Freundeskeis. Through his collaboration with Rootsman, the roots and culture track “Beautiful World” was written and later released on the 2002 compilation from Meteosound Records. In 1999, Yah Meek worked with Xavier Naidoo and in the year 2000, he became part of the Shone Mannheims and toured with them throughout Europe. In the same year he joined the Brother’s Keeper’s Project
against Racism and released two songs on their albums. In 2002, Yah Meek recorded the song titled “Everything is Possible” featuring world renowned reggae artist
“Luciano”. The single was released as a 7” inch on Velocity Sound Records.
In March 2005, he released his first solo album “Touched
by an Angel” featuring artists like Luciano and Jah Mali on Velocity Sound Records.
This Jamaican born artist with an angel like voice embarked on a tour throughout
Europe and enchanted the audiences’ at the most popular reggae festivals with his
unique vocal tones. Whether the shows were live or with sound systems Yah Meek
fascinated his audience with his charm and wonderful voice. This was surely a
contributing factor as to why Yah Meek received a Reggae Grammy in the category for
best album at the first reggae awards ceremony in Hamburg, 2005.
Up until the beginning of 2007, Yah Meek was known to his peers and listeners alike
as “Jah Meek”, but because he is a very spiritual person who lives according to the
laws of the Hebrew Israelites, and knowing that the letter “J” does not exist in the
Hebrew alphabet and also that the origin of the word “Jah” lies within the Hebrew
word “YHWH” (meaning God) he corrected his name to Yah meek.
2006 and 2007 brought changes for yah meek both spiritually and work related. He
toured throughout Europe, taking part in famous German reggae festivals like
Chiemsee reggae summer and summer jam as well as taking part in festivals outside
of Germany such as the “One Love” festival in Poland and shows in Russia.
As well as his compelling shows on stage yah meek concentrated on working on his
second album humbly titled “Things Change”, which was released on March 6th 2009
on Velocity Records 22/Alive. As well as on his first album “Touched by an Angel”
some riddims on his second album “Things Change” were produced by the house of
riddim band other contributing producers include Anthony Locks and Bengee from
Ababa Jonhoy Records. The second album features artists such as Bobo Niyah, Ben
Tsedek, Bussu and karli Owli. The album was mastered by Ganjaman. The new album reflects the changes in Yah Meek’s life as well as the changes that we all experience in our own lives.
Yah meek leads the listeners of Things Change through a journey of human relationships, spiritual ways and also in love. Framed by prayers asking for blessings and guidance,
Yah Meek opens up his heart to the listeners in his spiritual songs, his love songs and also his more up-tempo party tracks. They year 2010 was also coined by changes. Moving from Frankfurt am Main to Bielefeld might have played the biggest role in that case. Yah Meek started a new beginning, also on the music level: New Label, new collaborations, new album.
At the moment, Yah Meek is working on his third soloalbum, which will be called
SOJOURNER. This time, Yah Meek worked together with Anthony Locks, Bobo Niyah, Mitghty Tolga, Shocking Murray and Jennifer Washington, but also with various artists from
Bielefeld, like Uwe Banton and Singing U. In July, the first single “summertime” was released. The second single of the album is called “know yourself” an features Uwe Banton. It will be released end of November 2011.
The new album sojourner is expected to be released in spring 2012 on freetime records.